How Virtualization Revolutionized the Digital Landscape

An often overlooked innovation that has changed the digital landscape for nearly everyone is virtualization. In this context, virtualization is the act of creating a virtual version of a physical object. There are many instances of virtualization, but the one that revolutionized computing and IT was hardware virtualization. VMware is a prime example of technology transforming the way we build, use and consume computing resources. It’s a simple concept that has been around since the 1960s with IBM. When I was in high school, I learned to program on a “virtualized” Digital Equipment PDP11 – then it was called time-sharing. Time-sharing was an early precursor of VMware. It stemmed from the realization that computer hardware is lightning fast and getting faster all the time. In fact, a single user could hardly ever make full use of an entire computer’s capacity. The extra horsepower could be divided between two co-workers in the same building, one of which may be thinking about their next request (even next keystroke!) while another user is doing the same.

In the 1960s, IBM realized they could give their users the appearance of an entirely unique and dedicated machine. 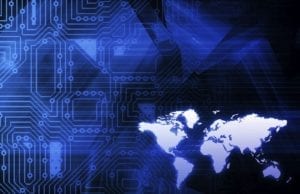 This realization allowed them to propel their mainframe computers into the workhorses of the ’60s and ’70’s that we now know them to be. VMware expanded upon this idea – the sharing of computing resources among many users – in the early 2000s. Because of this innovation, you can now have hundreds of unique, independent instances of Windows Server (or any combination of operating systems) running on the one physical box – and if you need another Server, you can launch it in seconds. This process used to take months of purchasing, ordering, shipment, delivery, installation, and turn-up. Now it can be done in a matter of seconds by a single person – and that person doesn’t even need to be in the IT department, but could be anyone, anywhere in the world.

You may not be provisioning new machines every day, but it has allowed the likes of Google, Amazon, Microsoft, and organizations large and small to efficiently apply computing power where and when it’s needed. By extension, that makes computers (and their associated web pages and services they underpin) cheaper and more available than ever thought possible. We used to think the future would arrive when everyone had their own computer. With virtualization and the ever-extending presence of the Internet, people now have on-demand access to as many computers as they need (or can afford) – and the fact that these computers exist “virtually” in some datacenter somewhere – has no impact on a person’s ability to manage and make use of that particular machine.

Time-sharing and computer networking – two well-understood and “old” technologies, leveraged to create a solution that has now revolutionized the digital landscape.

Want to learn more about innovation? Check out Part One and Two of our Innovation Series: